Thoughts on Headship and Authority 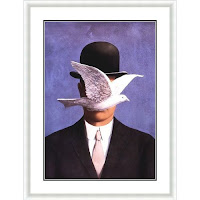 Recently I heard a friend make a passing reference to the “God-ordained order for men and women, the the man as the head of the house, and all that...”

We were in a group and the moment passed before I could address what would have been a tangent to the discussion, anyway. But if you know me, you know this kind of statement really riles me!

The idea that the man is the head of the family is never stated in scripture. That he is the head (Greek: kephale) of the wife, is stated. But there is much debate over whether this kind of “head” is of the leader variety, since the word carries the notion of being source, like a fountain head or river head. There is another Greek word for head (arche) that more clearly means “leader” or “ruler.” Paul appears to have used the word kephale as a way to rebuff men who thought of themselves as arche-heads. He goes on to show how a kephale-head is like the loving and serving Christ, instead of being like a ruler or authoritarian. The Bible never uses arche in reference to the husband-wife relationship. But it does use the word “partner”! And full partnership of course means full mutuality.

Once we shelve the debate over "headship" in marriage, we find that the only passage in the Bible that speaks explicitly of "authority" (Greek: exousia) in marriage, is in 1 Corinthians 7:4:

In other words, the authority and submission taught in this passage are both mutual!

It seems odd, if Paul truly believed in the "husband leads/wife submits" model, that he would make an exception in the area of sexual compliance. Sex is a pretty fundamental component of marriage, is the means by which two become one flesh, and can serve as a metonym for the whole marriage relationship.

So please understand me, I have no objection to those who teach that women are to submit to their husbands. What I find flawed is that they infer this means men are exempt from mutual submission and that only the male partner has a leadership part to play in the marriage partnership.

True egalitarians, of which I am one, are not against submission. We object to it being half missing! We want more submission, not less. The complementarian (advocate of gender hierarchy), on the other hand, wants to shirk the most distinctive aspect of Christ's example: kenosis—the act by which Christ emptied himself and became a servant (Phil 2:7).

When it comes to the home, the church, and society, the Bible never suggests that we restrict leadership and therefore have less of it. Rather, it wants to unleash God's people as leaders and calls everyone (male, female, Jew, gentile, slave and free) to exercise more leadership!

Specifically Yahweh desires ALL whom he gifts and calls into leadership to lead with all their hearts, mind, soul and strength--but with Jesus as their prototype. The gifts and callings of God show no respect of persons or gender.

In my many readings of the Bible I have never seen a single passage where an individual was turned away from a leadership role or position on the basis of gender. Rather, the Bible presents a host of women leaders who rise up--not as exceptions but as examples--to be followed and imitated!

The claim that a husband is "head" (kephale) of the wife is a claim also made of God in relation to Christ, indicating Christ's unity and equality with the Godhead. Likewise, it says Christ is the head of every person, thus indicting his full humanity and unity with us. Nowhere is the term "arche" used in gender relationships. And nowhere is Christ hindered from leading just because God is his "kephale."

To suggest that a man's leadership in the family means a woman cannot also lead in the family, church or community suggests the following:

2. That she cannot lead her husband in areas where she is especially gifted or Spirit led. But this is false (Ro 12:6-13).

3. That his leadership impedes his wife from fully serving God to the fullest of her potential using the gifts God has given her. And once this again, this too is not only false but a contradiction of the husband's leadership. For true leaders do not impede others from rising to their callings; they equip and empower them!

Those who oppose the full and uninhibited ministries and leadership of women advocate an unbiblical and unnecessary obstacle to the spread of the gospel, the work of the church, and the advancement of the Kingdom of God. This is not only wrong, it creates the possibility that such advocates may inadvertently find themselves cooperating with the enemies of the gospel and opposing its progress.

Rather, may it be as Psalm 68:11 says: "The Lord gives the word [of power]; the women who bear and publish [the news] are a great host" (Amplified).

It strikes me as interesting lately that the debate over mutual submission focuses so much on Ephesians 5 but rushes right past Ephesians 1 and 2. There we see God in Christ raising up his bride to sit with him in the heavenlies, "far above all rule and authority, power and dominion, and every title that can be given" (cf 1:21-22 & 2:6).

I think if every Christian husband sought to imitate this there might be less need distinguish ourselves as complementarians or egalitarians.

To view Ephesisan 5 in context, we cannot forget that Ephesians is a book of unities and of upside-down hierarchies. Jews and Gentiles become "one new man" in Christ, resulting in their equality in the Kingdom. Christ Jesus becomes our peace, breaking down the wall between us and God, as well as between us and each other. In fact, he does this to such a degree that we sit with him and reign with him in the heavenlies (cf 2Tm 2:12, Re 20:6, 1Co 6:3).

The social hierarchy of the Ephesian people is set on its head in chapters 5 and 6, with both high and low being told to imitate Christ in regards to each other. Masters and slaves become brothers. Father's must consider the limits of their children and respect them. Husbands must imitate the one who washed his disciples' feet.

If we read this epistle as a whole, then we see that imitating Christ involves not just chapters 5 and 6, but also chapter 2. Rather than trying to keep gender hierarchy in marriage and the church, let Christian men elevate and empower their brides as Christ does his, and let both spouses "treat each other as more important than themselves" (Phil 2:3).

In the final analysis, this does not eliminate submission; it multiplies it with mutual Christlikeness. But it also produces an empowerment mentality that encourages ministry and service--based on giftedness, not on gender, ethnicity, or social conventions. It promotes leadership in the home, church, and everywhere. But it does so on the proper basis: gifts and callings, not gender or hierarchy.