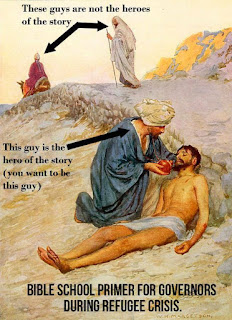 I’ve had a privilege not many Americans get. I’ve had occasion to interact as a pastor with two groups of refugees. I would like to tell you about one man from each group.


The first group I encountered when pastoring an urban church in central Massachusetts during the early 1990s. Their country, Liberia, was in a civil war carried on by tribal and Muslim factions. A family member had been attending my church when they were given opportunity to enter the U.S. as her relatives.


Their story was an unthinkable ordeal by American standards. In their homeland, they’d been school teachers, secretaries, office workers, and retail merchants. In less than a day, they’d become fugitives hiding in the African bush. Their only crime was belonged to the same tribe as the deposed president whom the rebels had brutally and publicly tortured and executed. 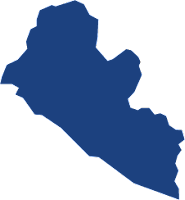 In order to escape certain death this family disguised themselves in the clothing and manner of a neighboring tribe. They took a circuitous route from the nation’s capital, where they lived, to a refugee camp in a neighboring country. But on their route an armed band of rebels stopped them and their brother was recognized by a soldier who was his former classmate. To save their own lives, the family (mother included) had to deny they knew the man and stood by as they watched him brutally molested and executed.


When I met them on American soil, they’d never experienced snow, had no clothing suitable for our climate, no papers to prove their education, no resumé’s or references to check out for employment. Their English was choppy and their hearts were hurting and fearful.


I worked with them to help obtain food and clothing. I taught them how to drive and get licenses. In addition to my preaching and pastoral duties, I drove a 15-passenger van so that I could pick them up for church each Sunday. They came faithfully and many more showed up on foot.


One of the men still calls me 20 years later to tell me how fondly he and his family remember me. We speak of old times and old acquaintances. He tells me what his life is like today. He is married and has children. After I left that pastorate for another, he went on to enlist in the U.S. Army, where he served our country with gratitude. As a veteran, he returned to go to school and today he has an outstanding job helping others as a counselor. Likewise, his siblings went on to be productive members of our society as nurses, laborers, and office workers. They give back to society and worship Jesus Christ in gratitude for what they have. 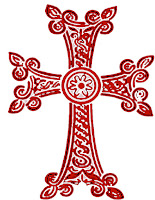 The second group of refugees I encountered was more recent, while pastoring an Armenian Evangelical church that’s been in the Chicago area for nearly a century. The Armenians have been a persecuted people for much of the past 100 years. Driven out of Turkey by the Ottomans in a genocide during the early 1900s, they were scattered around the globe. Many came to America. Others found themselves dispersed throughout the Middle East and other continents. Many landed in Syria, where a huge Christian community formed in places like Aleppo, not far from Damascus. Having settled in Syria, they were counted among the Syrians when, like their neighbors, they had to flee for their lives to escape destruction. This was an earlier wave of refugees than the one we’re seeing now.


Like us, they once had lovely homes, went to wonderful churches, enjoyed productive careers in their city, and were esteemed members of their community. But in a brutal flash of violence and civil war, they were driven out with only the shirts on their backs. They cannot prove they graduated from college or even that they had careers. They struggle to learn English and to qualify for menial jobs and basic housing. They rely on the kindness of family, friends, and church to start their lives over for themselves and their children. Even before the recent wave, these refugees found resistance and red tape hindering the approval of their immigration applications. As their pastor, I wrote letters on their behalf attesting to their character and participation in our faith community. But each request was met only with more delays.


One of these refugees is a Christian man who once ran his own successful business. His children attended Sunday school at my church and his wife helped with VBS. A local friend of his helped him get started in HVAC repair. Another of his friends, a Syrian Muslim who owns a business in Chicago, remembered the man’s kindness to him in Syria and helped him and his family in a variety of ways, out of gratitude and indebtedness. Because of these things, my Christian friend and his family give back to their community today and love the Lord. He has told me he wants always to be my friend and I can’t think of a greater honor.


The reason I tell you about these people is because if you’re like me, you may not have realized that refugees are so much like ourselves. I didn’t know this until I met these families, held their children in my arms, and listened to their stories. If you’re like me, you may also forget that our ancestors too came here under similar circumstances. Maybe not all were refugees, but they came as foreigners, often feared or despised by the local population, yet looking for an honest fresh start.


America’s identity has always been about huddled masses yearning to be free in a land of opportunity. But opportunity is not limited to new careers or new freedoms. It also includes the opportunity to encounter Jesus Christ and his love through God’s people who are here to show grace and mercy to the stranger and foreigner, the widow and the ophan.


In Germany today there are reports of many Muslim refugees coming to Christ because of the loving ministries of the churches there. Some are being baptized and one church reports more than tripling in size due to Muslim conversions.

Do not make the mistake of seeing refugees as a confusing faceless mass of inhumanity. They are people just like you and me. They are victims of the people we fear. But we should not fear. Because as Christians we know that greater is the One within us, than the one who is in the world.
Posted by Dave Leigh at 10:54 PM No comments: