My Pastoral Advent Letter to the Armenians

Editor's Note: As you may know, for the past few months I've been serving in an interim pastoral capacity at the The Armenian Evangelical Church of Greater Chicagoland. Recently the leaders there asked me to write the annual Christmas letter to their mailing list. Here's your sneak peek, minus the fancy formating and stationary: 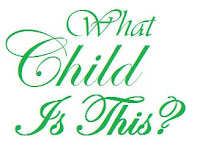 As I write this, people are being pepper-sprayed in a Walmart, fighting over discounted Christmas merchandise; nations are at war; the global economy is reeling with uncertain direction; homeless families wonder where they will sleep; hardworking women and men find their jobs do not cover their needs; and even Christians find themselves at odds over petty differences that leave feelings bruised and relationships torn.

Does it seem strange to celebrate Christmas amidst such times? Do you find it a struggle to come to church and worship God because you, yourself, are under great pressure and stress? Whether you’ve been overwhelmed by a busy life or buried in unfortunate problems, I hope you’ll read this entire letter and consider my invitation to rediscover the gift God has for you in his Son and in his people this holiday season.

Christmas is a holiday that, like the Armenian people, is born of persecution and suffering, but when properly understood and embraced fills the soul with wonder and joy. You know I’m not talking about the commercialized counterfeit that calls itself Christmas. I am talking about the birth of the Child whose family was forced to go to Bethlehem by an oppressive regime and who had to be whisked away before soldiers brought a blood bath of innocents at his birthplace. Even the religious leaders of that day, who knew enough about where to find Jesus to have joined the wise men in welcoming the Child, used their knowledge instead to tip off the murderers!

A Savior From What?

Like Moses, whose parents were oppressed by a tyrant who ordered parents to drown their own children, so Jesus was drawn from the same depths of his people’s oppression in order to deliver all who would follow him. Moses lifted his staff when backed against the Red Sea, opening a way through the very waters Pharaoh would have drowned him in. But Jesus put his back (bloodied from scourging) against the rough-hewn wood of Calvary’s cross, opening heaven itself for us so that all his followers (that’s you and me) might enter with him into Heaven’s Most Holy Place.

Christmas is about this gift! But it is also about God’s deliverance being found in the midst of our own suffering as God overturns the world order. If you’re not used to thinking of Christmas this way, consider what Jesus’ holy mother said the nativity meant:

The Gospels tell us those who abandoned Christ amidst suffering and crisis are the ones who missed the most amazing opportunities to see God at work! It’s my prayer you will not be counted among them, but will draw all that much closer to your Savior--the Lord born in the manger of his people’s troubles--with us who gather each week at The Armenian Evangelical Church, where even now the Root of Jesse and the seeds of revival are already sprouting!

Now is the time to discover and rediscover the wonders of Christmas as they relate to the real world--your world! As the saying goes: The Wise Still Seek Him! We look forward to seeking him with YOU!