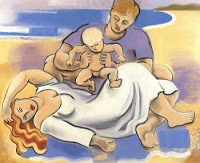 THE
SPEAKING ROLE
OF WOMEN
IN THE
NEW TESTAMENT
CHURCHES - 1

We began this series with a hypothetical pastoral search committee considering applicants, all of whom turn out to be women. We can imagine that after hearing the evidence we've considered so far, someone would raise this objection:

There are a number of possibilities that would reasonably explain Paul's comments.

One possibility we rule out immediately is that Paul is contradicting himself. Paul could not have endorsed women publicly praying and prophesying with angelic-like authority while at the same time and in the same letter ordering them to be silent.

A second possibility we will not consider is that someone added these passages to Paul's writings, although in the case of 1 Corinthians 14:34-36 scholars no less reputable than F.F. Bruce and Gordon Fee have argued that there is textual evidence for such a claim. For the purposes of this paper, we will accept this passage too as canonical and therefore authoritative.

The Clamor at Corinth


"... women should remain silent in the churches. They are not allowed to speak, but must be in submission, as the Law says. If they want to inquire about something, they should ask their own husbands at home; for it is disgraceful for a woman to speak in the church. Did the word of God originate with you? Or are you the only people it has reached?" (1Co 14:34-36)

Whatever Paul means here, it is not necessary to view this passage as demanding total and permanent silence from women. We know it was not total, because this is still the letter in which Paul instructs women in how to prophesy and pray in the Corinthians' pubic worship services. And there is good reason to believe it wasn not permanent, but rather that Paul intended his remarks as temporary measures, possibly addressing a kind of problem not obvious to us because we can only hear half the conversation. (We hear Paul's answer, but not the Corinthians' question.)


Why do you think
Paul asked for silence here?
Due to the widespread chaos and tremendous confusion that we know existed in the Corinthian church, it makes sense that Paul may have felt a good first step would be for the women involved to back off until his next planned visit--especially if some of them were the cause of certain problems.

A first possibility may be that a seating arrangement inherited from the synagogue, in which men and women sat in separate sections of the meeting room, could have facilitated some disruptive behavior. Women who were uneducated or even abusive of their new freedoms in Christ may have been interrupting meetings with questions (1Co 14:35), either calling out or murmuring among themselves. In this context, along with general confusion associated with the charismatic gifts, Paul's injunction takes new meaning. Rather than intending women not speak at all (as in prophecy and prayer), Paul may be telling a specific group of women in a specific situation (that no longer occurs today) to cease their distractive behavior. This principle is no different from what Paul expected of men.

Beyond the apparent inconsistency that a "total-silence" interpretation creates with Paul's other statements affirming women's roles in the church, another element of this passage also seems inconsistent. Namely, why does Paul appeal to the Law to establish this position? To what Law is he referring? And since when is the Law to be imposed on Gentile Christians, like those at Corinth? The very non-Pauline, pro-Law nature of this passage is one of several textual reasons why scholars like Fee, Bruce and Barrett have questioned its authorship.

But it is possible to see this as coming from Paul's pen without seeing it as expressing Paul's position. For example, it is possible that 1 Corinthians 14:34-36 actually contains a dialogue between Paul and the Judaizers of Corinth--and that we do in fact have both sides of the conversation! According to this theory, verses 34 and 35 are Paul quoting the position of one of the Corinthian factions (perhaps from a letter sent to him by the Corinthians). Verse 36, then, is Paul's rebuttal. Consider the remarkable difference a simple set of quotation marks can make:


"... 34 'women should remain silent in the churches. They are not allowed to speak, but must be in submission, as the Law says. 35 If they want to inquire about something, they should ask their own husbands at home; for it is disgraceful for a woman to speak in the church.' 36 Did the word of God originate with you? Or are you the only people it has reached?" (1Co 14:34-36)

The Greek would even allow verse 36 to be rendered like this:


"What!? Did the word of God originate with you? Or are you the only people it has reached?"

There are, of course, no quotation marks in Greek. But there is evidence of Paul carrying on this kind of dialogue in unrelated passages of the same letter (see for example 1Co 10:23-24).

Recognizing 14:36 as a refutation of the statement in 14:34-35 not only harmonizes this passage with Paul's actual treatment of women, but it reconciles his point with his earlier statement that all can prophesy one by one (14:31). It also explains the curious reference to the Law in verse 34. If there is such a law in the Old Testament, surely those who oppose women's leadership would have found it by now! And if such a law did exist in the Old Testament, surely Paul would never make it binding on Christians. It seems more likely that Paul is referring to and rebuking a Rabbinic law or a point of view that may have represented the position of Judaizers at Corinth.